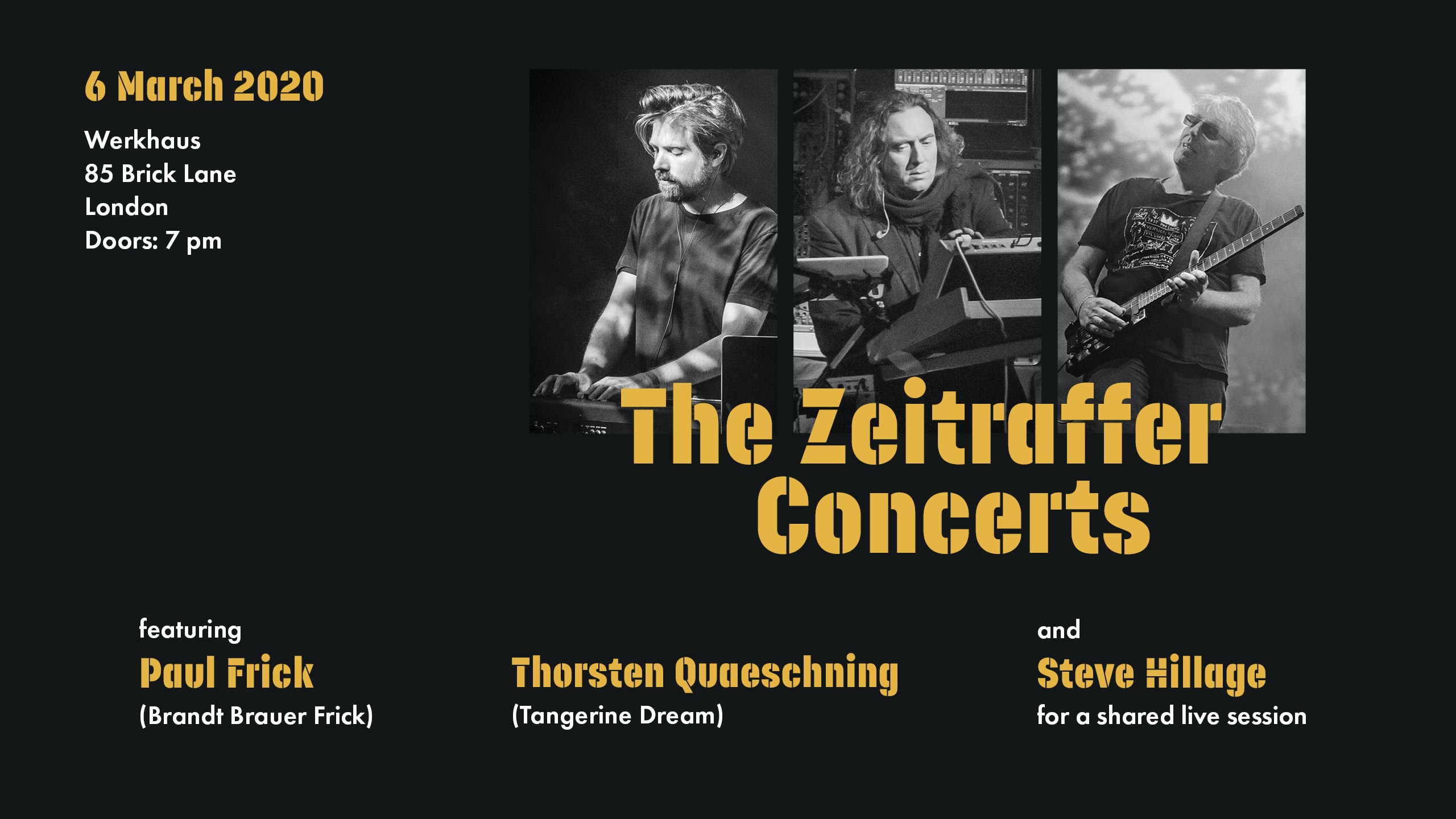 Electronic Music on the occasion of the Tangerine Dream: Zeitraffer exhibition
at the Barbican Music Library in London. 16 Jan – 02 May 2020.
https://www.barbican.org.uk/whats-on/2020/event/tangerine-dream-zeitraffer
►Thorsten Quaeschning (born in Berlin), is a composer, multi-instrumentalist and musical director who played and composed on more than 118 albums worldwide with different artists including 75 albums (albums, compilations, live-albums) with TANGERINE DREAM. As a solo artist he recently released two live albums on his Protanopia label. One of them was recorded at the Superbooth 2019 in Berlin together with Paul Frick.
www.thorstenquaeschning.com
Seaside Stage Session: https://backl.ink/57780259

►Paul Frick was born in Berlin. He took composition classes since the age of twelve with Il-Ryun Chung. From 2000 to 2008 he studied composition with Friedrich Goldmann at Universität der Künste Berlin. Together with Daniel Brandt and Jan Brauer he forms the group Brandt Brauer Frick.
http://soundcloud.com/paul-frick
Second Yard Botanicals: http://smarturl.it/secondyardbotanicals

► Steve Hillage is a British musician, best known as a guitarist. His ambient classic album “Rainbow Dome Musick”, recorded in collaboration with his long-time partner Miquette Giraudy in 1979, was later ranked as one of the 1,000 greatest albums of all time by The Guardian. Besides his solo recordings he has been a member of Khan, Gong and System 7, collaborating with electronic musicians such as Carl Craig, Derrick May and the Orb.
www.stevehillage.com