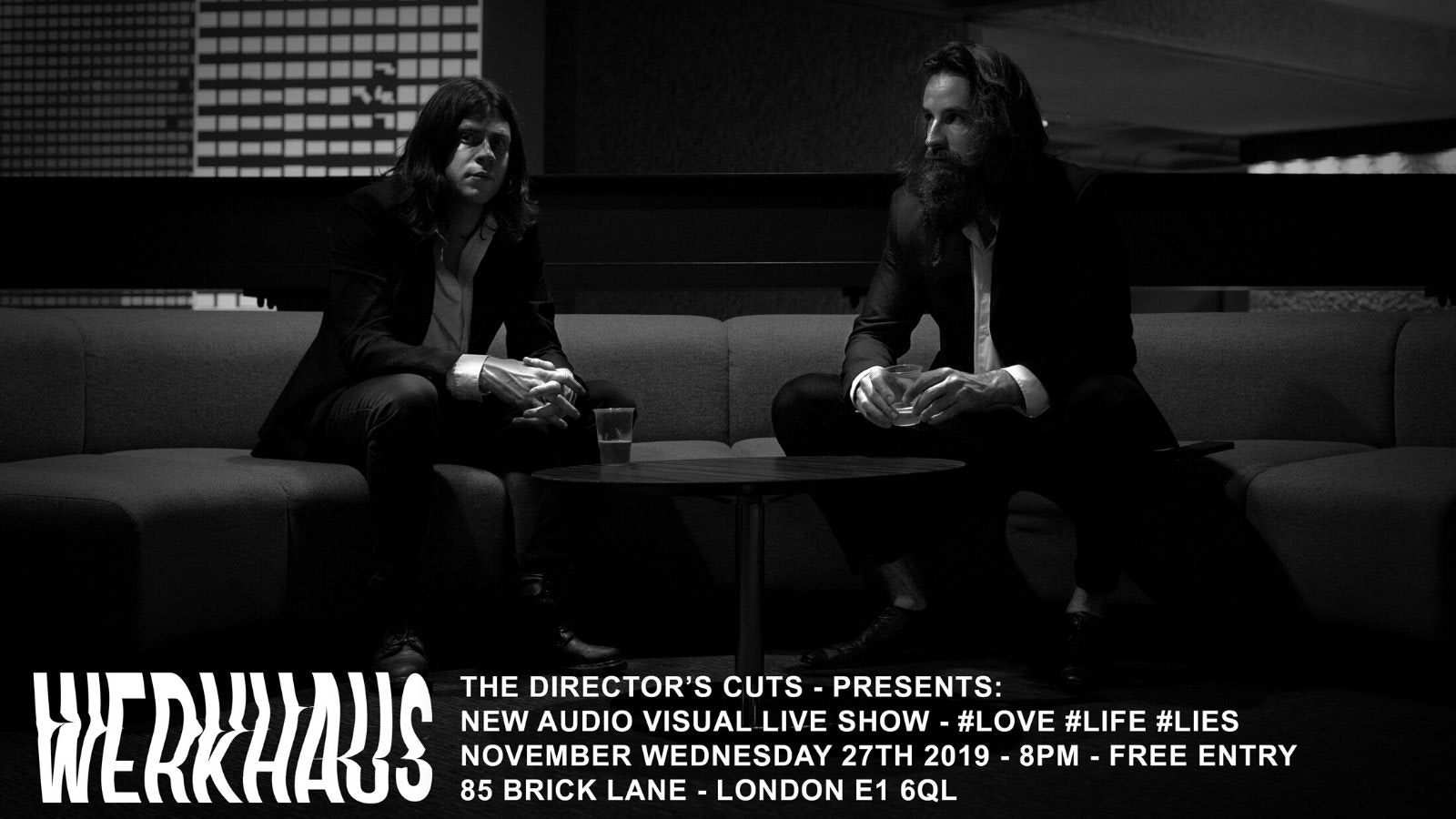 In 2016 after moving to London Peter met Jon Hartz Wild (Ex Romance, District 13) and together they started to work on the project. Jon at the lyrics and Peter at the music and video

THE DIRECTOR’S CUTS main topics come from the contemporary society we all live in. The style and the production of the audio comes from various influences like Industrial, Hard Rock and Soundtracks. The visual part of the project mixes elements of short film, motion graphic, low fi, noir…

This is a free entry event