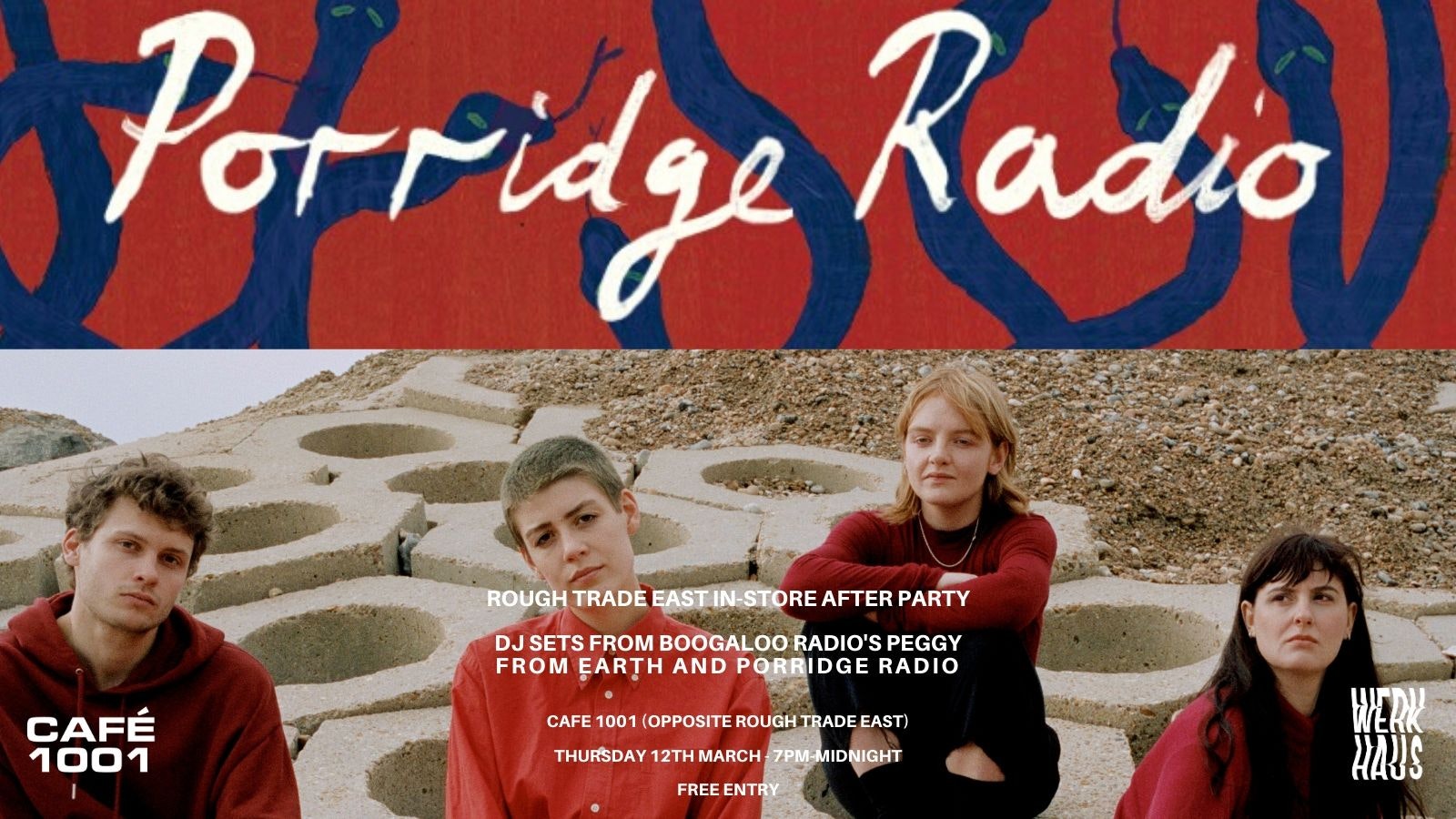 Porridge Radio will be playing a live in store show at Rough Trade East on Thursday 12th March, followed by a signing to launch their debut album, Every Bad. This profound debut album ties together an array of deep and eclectic styles, a subtle pop sensibility entwined in the dark indie sound the band create

After their in store show, we will be hosting the official after party in Cafe 1001 (the Werkhaus front room), with DJ sets from Boogaloo Radio’s Peggy’s World and Porridge Radio

This event is free entry, from 07PM-00AM

Please bring valid ID with you, as we are 18+