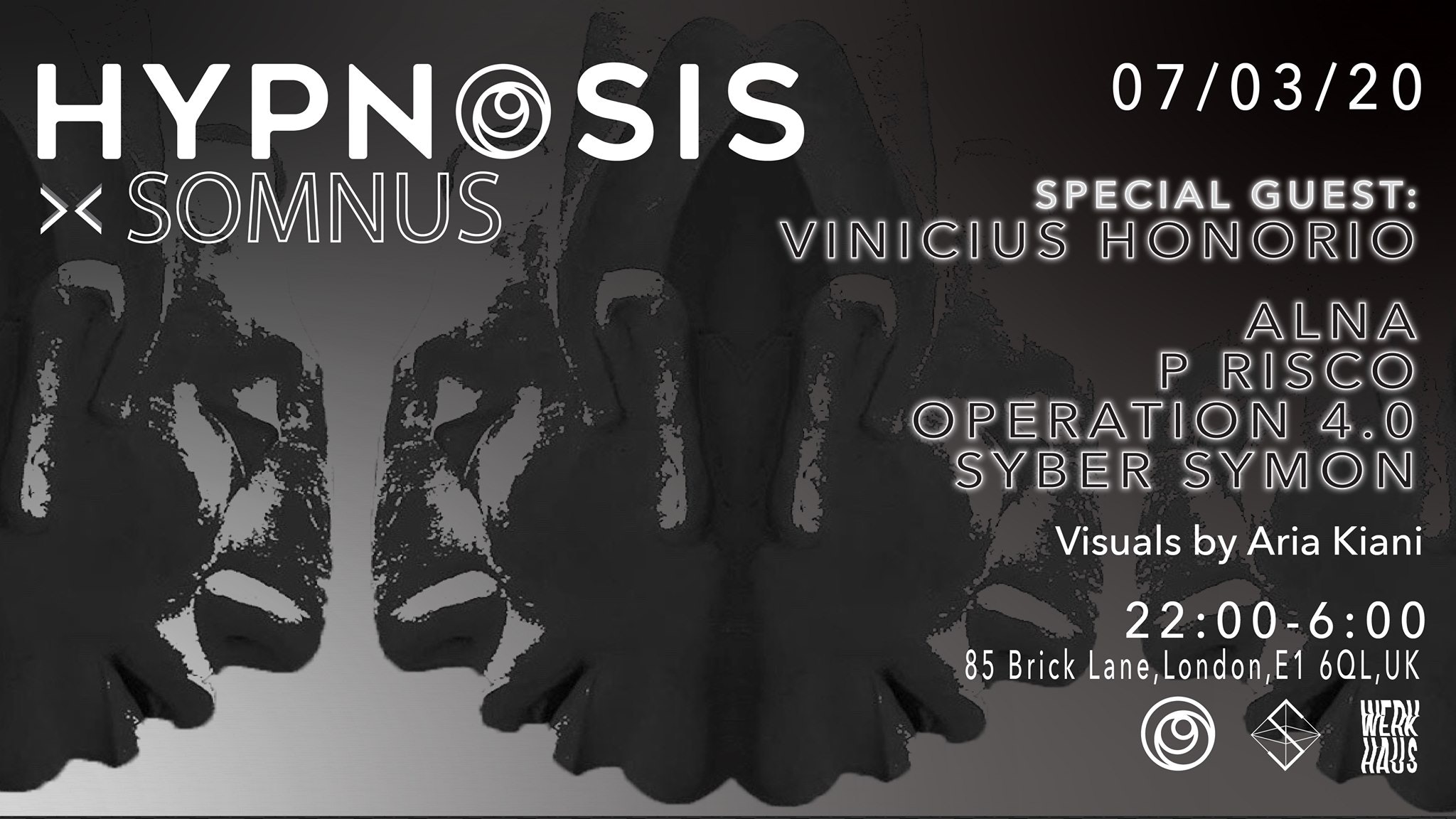 Hailing from the buzzing Brazilian metropolis of Rio de Janeiro, few artists are better versed in what it takes to succeed than Vinicius Honorio. Fast forward to 2014, Vinicius Honorio moves to London to pursue his techno aspirations. After sending out demos to various DJs, Dubspeeka got in touch offering feedback on his work and would later release his first effort ‘Circles’ on his Skeleton imprint. This proved to be a pivotal moment for Vinicius Honorio, who was a relative newcomer to making techno and really laid down a marker as a sign of things to come.
In 2017, Adam Beyer signed the ‘Through The Darkness EP’ to Drumcode and those tracks would become a staple of his sets and heard by millions around the world through his Drumcode Live radio show. Vinicius Honorio launched his own techno label in March 2018 called ‘Liberta Records’. The name ‘Liberta’ is derived from Brazilian Portuguese slang, meaning the start of something or freedom, which he wants to portray with the music being released on his label. The label has been an outlet for Vinicius Honorio’s own productions, but also a special remix project which came out on vinyl called ‘RMX Part One’ featuring remixes by the likes of Berghain’s resident Fiedel and Credo’s Alex Bau to name a few.Pushing a darker techno sound in 2019 and forward, Vinicius Honorio has signed several of his new productions to Planet Rhythm and also has upcoming music on Stuttgart’s Lehmann Club label and Berlin’s Sisyphos. He is showing no signs of slowing down as he continues to push forward with work in the studio and on the road.